It is said that you can learn a lot about a culture just by eating the food. Well, if that is true then the South is boring. Or at least every recipe that I have encountered for sausage gravy is. When I first moved here, I wanted to dive in and try everything to really get a feel for what Southern foods are really like.

I asked my husband’s family how to make sausage gravy, and I couldn’t believe that it was extremely simple: sausage, flour, milk, salt and pepper. This dish that I have heard nothing but rave reviews about was boring. There was nothing special about it. That wouldn’t work for me.

So, I took that basic recipe and amped it up a little. I added some simple fresh herbs and that made all the difference in the world. Using the herbs to mimic the flavors that were already in the pork really gave this simple dish a much needed upgrade. And eating it over homemade biscuits just knocked it out of the park.

Now on those Sunday mornings when I wake up just a little bit earlier than everyone else, my family knows sausage gravy and biscuits aren’t far behind. My kids aren’t going to stay little forever, so I’ve got to get that family time in when I can. 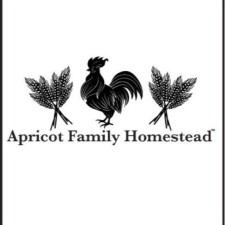 I have always wanted to help people bring great tasting, healthy food that won't break the bank to their tables. I knew if I wanted people to take me seriously I need to get my degree in nutrition and health. So that’s what I did. With the help and encouragement of my family, I went back to school so gain the knowledge need to be able to cook healthy, great tasting foods on a budget.